These aren’t a new project, but I finally got them photographed when I began archiving all my art (a process which, while ongoing, is made a little easier now that I have the bulk of it done). They are painted CPR dummy heads, in one of which I’ve implanted a flashing LED. They are currently on display in my home, in the second floor stairway. Seems weird, but I hardly notice them anymore, which is why they only recently got photographed.
A while ago, a friend of mine worked at a cryogenic plastic recycling plant, and they would get such strange things, including circus displays, toy and doll body parts, and many other strange things. I had her keep a lookout for anything strange and weird that I could use in projects, and these CPR heads were probably the best things she brought back (that I could keep). 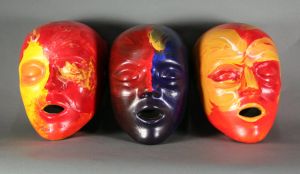 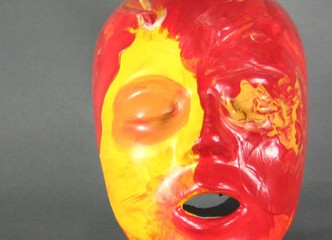 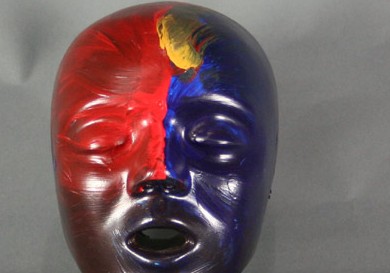 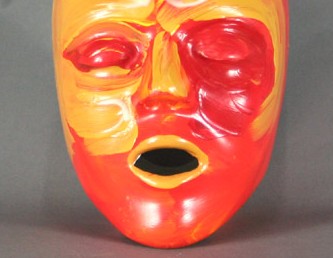